The core of the army was made up of three large infantry units - halberdiers, handgunners, and flagellants.

I thought it was weird I only had 21 Helblitzen. Even accounting for characters I usually build to 24. Of course, I found three more in another tray in my storage box AFTER taking this photo. 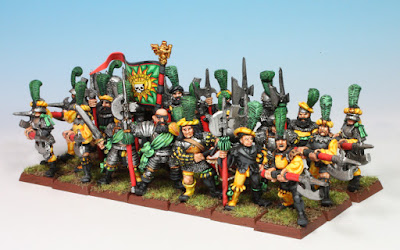 In the third edition army book, you could have 0-16 Fleglers and they were deployed in units of 8, so my large unit would be two units if I used those lists. Still potent, but missile fire will be very dangerous to them in such small units. 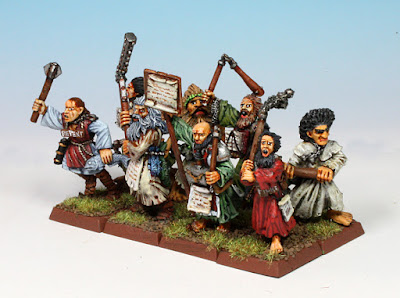 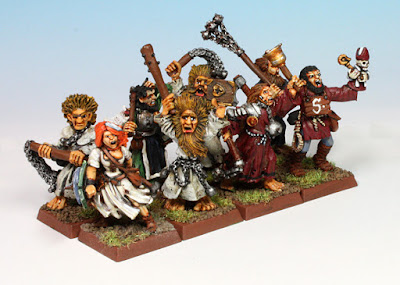 The Handgunners are still on Goblin Green bases, so I haven't photographed them yet. When I get the time to rebase them, I'll add them here. I also have a unit of 16 Archers and 10 Crossbowmen, all on green bases...
at 12:30 AM