These models are actually a little beyond what I consider Oldhammer as they are more firmly set in fourth edition and after, but they are one of the first armies I ever painted and the only one purchased in that era that I still own. I updated them a few years ago by rebasing, adding new flags, and generally touching up the paint. 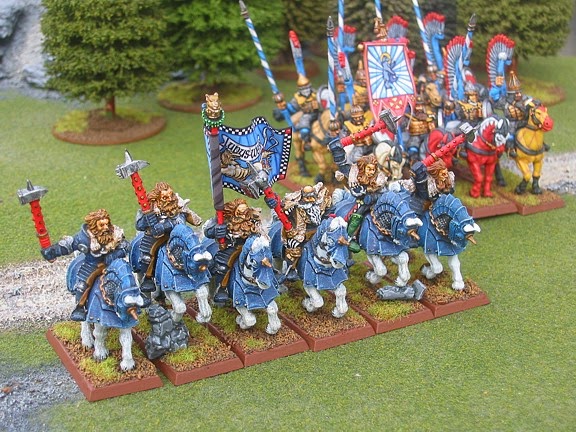 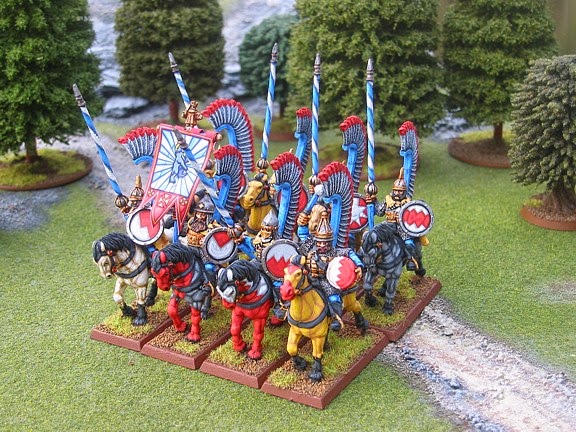 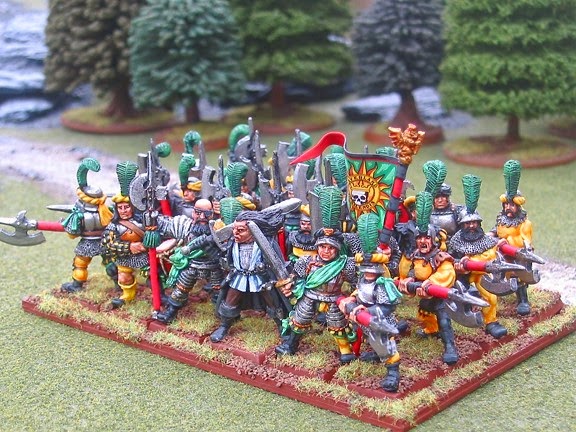 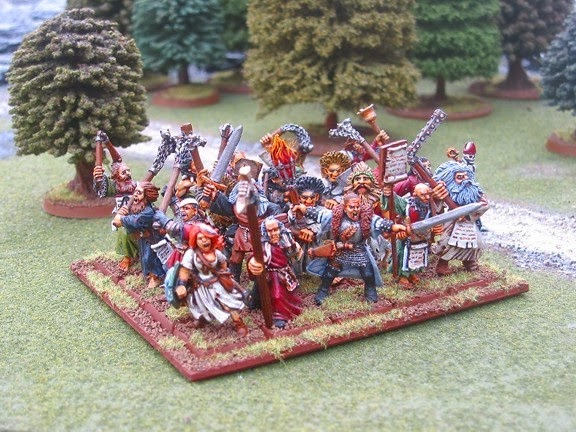 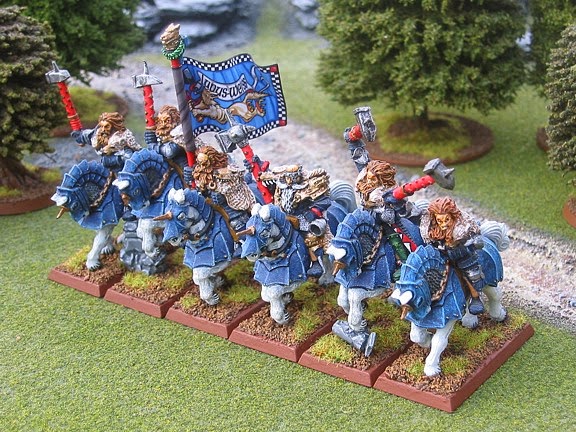 Besides these models, there are also 7 Reiksguard Knights (normally accompanied by the Reiksmarshall to make a unit of 8), 8 Knights Panther, 24 handgunners, 16 archers, 5 Pistoleers, 6 Kislev Horse Archers, a few artillery, and various heroes and wizards that for some reason I never got around to photographing. I also have a unit of 6 Knights of Morr that I converted, but never got around to painting (but I probably have plenty of cavalry already). I need to think about taking some new photos...

I need to get ten crossbowmen to make a 'legal' 3rd edition list, but I need to play around with these and see how many points I can come up with. Hmm... actually I already have ten models from Pizarro's Lost Legion that I could assemble as crossbowmen (they could be built with pikes or crossbows)... I found them during the same search that turned up the rhino kit (and with the same surprise... what's in this box?). I wonder if you can have too many models?

Ok, now I am excited to add these into the rotation with all of these Chaos and Undead models (toddles off to make an army list). Oh, yeah... I also have some Bretonnians on the way!
at 12:21 AM