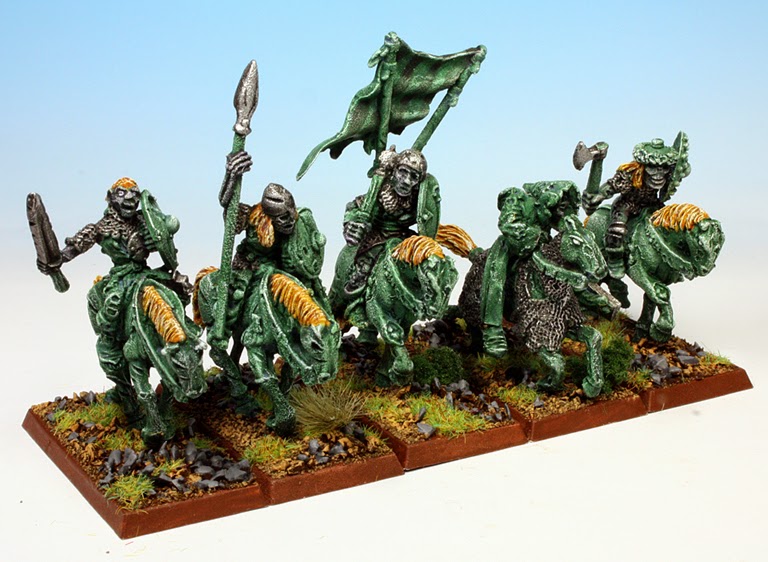 This unit will be used to hunt war machines, prevent march moves, cause panic in low Ld troops, and generally cause a little mayhem. Their ability to move through terrain really enhances their mobility since they can generally draw a straight line to their target.

As I mentioned earlier in the week I have a second unit on skeletal steeds waiting to be painted. They are eight models strong and will be used more in a line combat role, though they still need to be choosy about their targets and will probably stick close to the infantry blocks (I have a unit of Skeleton Warriors up next).
at 12:30 AM