Judge Grimm cursed fluently as another of his squad fell to las rounds. The rebel scum were going to overrun their position. If that psyker didn't soon succeed in contacting Earth, none of them were going to make it off Brandon's Star alive.

Oh, this is going to be good! As promised, my Random Rogue Trader scenario for 2016...

Raid and Kill (81)
A small group of loyal troops are holding out against a rebel army - it is only a matter of time before the rebels destroy them. The Imperial troops are composed of the planet's force of Adeptus Terra, which includes an Astropath. The rebels must kill the Astropath before he is able to broadcast details of the rebellion to Earth (total time required could be 2 or more broadcasts).

Sub-Plot (06)
A military unit is unhappy with it's leader, who is brutal, incompetent, stupid, dishonest, or otherwise subject to some defect which makes him extremely unpopular. If asked to draw a line if fire that passes within 2" of their leader there is a 50% of a firer targeting him 'accidentally'. The player remains unaware of the situation and rolls to hit his intended target - the GM makes a secret 50% roll and if the the player's die roll is enough to hit the officer the attack is re-targeted. Unless the shot hits the leader, the attack will go unnoticed and the shot will be discounted as an ordinary miss. The player controlling the troops will be unaware of any problem or redirected shots until the officer is hit.

So according to the hallowed Rogue Trader tome, Adeptus Terra is composed of several different divisions...

The Adeptus Custodes - The Emperor's bare-chested guard in pointy hats who rarely leave the palace so we will skip them...

The Adeptus Mechanicus - Awesome! While I have been tempted to invest in some of the new plastics from GW, I don't want to go that modern for this project. I have a classic Adeptus Mechanicus model (the one with the melty face), a tech priest, and a pair of servitors. I also have a Confrontation Tech Gang that would make dandy Skitarri for this game. I've been wanting to paint them anyway... The Adeptus Arbites - Awesome again! I have a squad of mid-90's Adeptus Arbites, but I think I want to paint something new as that is part of the reason for rolling random scenarios. The original concept for the Judges was along the lines of Judge Dredd, and I happen to have a handful of those classic Citadel models. I might even incorporate a couple of bikes if I can find them (not sure where the Dredd stuff is, but I know it's here somewhere).

The Adeptus Astronomica - They maintain the Astronomican and rarely leave Earth. Boring.

The Adeptus Astra Telepathica - The Astropath who is the target of this game. I have a few models I might use, but I may see if I can round up THE Astropath from eBay. They can be pricy, but I don't think I have much to buy so far. 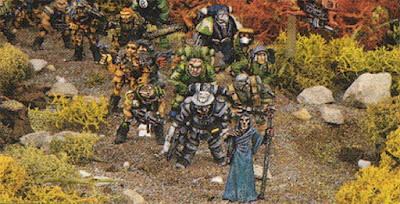 The Administratum -  The legions of scribes, clerks, and bureaucrats that make the Empire run. This gives me license to include all sorts of strange models and I'll have a look through to see what I might include. It is mentioned that even the lowest ranks of the order may carry weaponry if they are away from Earth. I may resort to some newer models here as I have a couple of scribes from the Inquisition range that would work great. Though they are probably poor soldiers, they may be entertaining!

The Assassins - These deadly servants fall under the cloak of the Adeptus Terra as well, though I don't think I'll use one in this scenario.

So for the rebels I have my Imperial Army, Pirates, and Mercenaries to from the core of the force, but I will likely need to paint a few more depending on how many Imperials I end up with. I'm figuring 15-20 Imperials including a couple of heroes (the Adeptus Mechanicus and Judge Grimm) dug into a covered position so I probably need 30 or 40 rebels to make it seem precarious. I also need to decide on the reason for the rebellion. Are they tired of paying taxes? Under the control of a warp entity (I could use one of the scary Judges as a possessed)? Upset about the cancellation of Imperial Idol? Stay tuned... 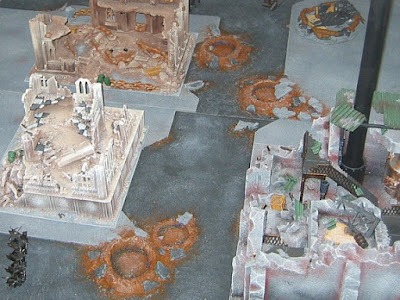 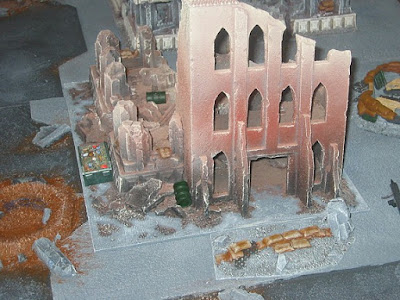 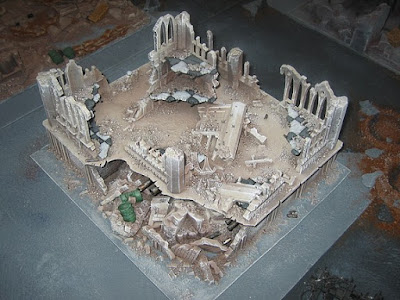 For terrain I will likely use my ruined Cityfight boards. Maybe I'll build something new for the scenario like an Administratum Temple ruin. I also need to figure out how many successful transmissions it will take for the Astropath to alert Earth. Each use of the Astrotelepathy power only has a 50% chance of success, but I will probably reduce that (vagaries of the warp) to prevent the game ending on turn three! The sub-plot I generated is classic and I will simply roll to select a random character to which it applies at the start of the game.

It may be a bit before I can start on this, but I wanted to get the wheels turning... mission accomplished!
at 12:30 AM