On his blog, Realm of Chaos 80's, Orlygg posted a repaint of the first miniatures he purchased, and issued a challenge for others to do likewise. 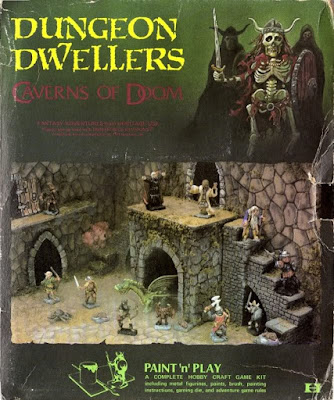 I had lots of army men as a kid and I even painted some of them (1:72 British Desert Rats), but the first metal models I ever owned came in a boxed set from Heritage Miniatures - Caverns of Doom. I traded some Matchbox Cars for them. Maybe 1980? I had just started playing Advanced Dungeons & Dragons (no messing around with Basic D&D). The Caverns of Doom actually came with a map and a set of simple rules for a dungeon crawl, but I don't think I ever played them. 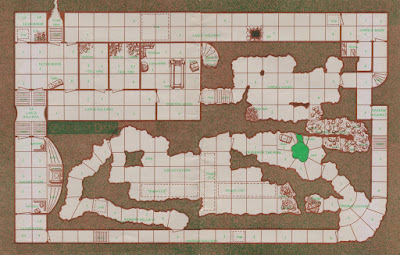 A couple of years ago I started collecting Heritage models again (this pre-dates my return to Oldhammer and Rogue Trader). I still had many of my original D&D models and stripped off the old paint. One of the first things I did was paint most of the models from Caverns of Doom set! 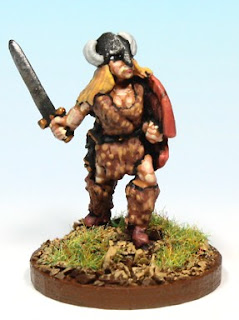 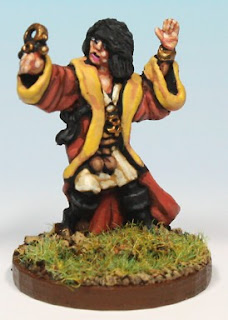 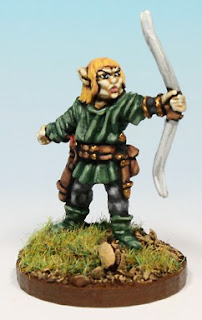 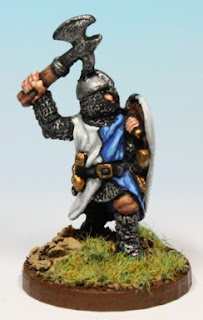 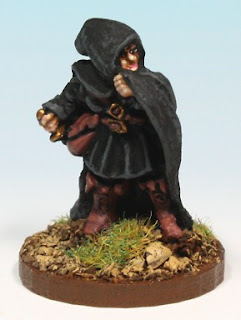 ... and the monsters - the Slime Monster, Demon, Giant Rats (there are four of these, but I only photographed one), Dragon, a pair of Skeletons, Giant Spider, and Vampire. 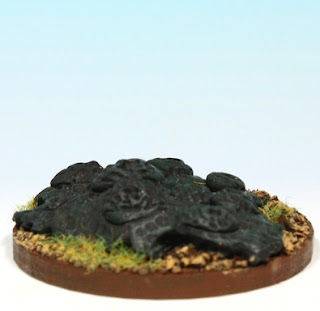 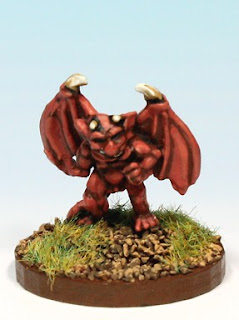 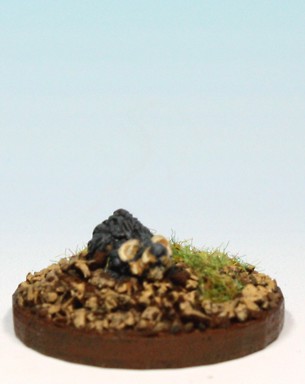 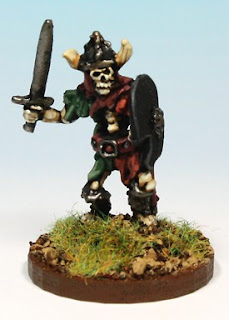 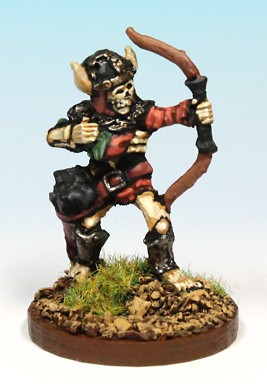 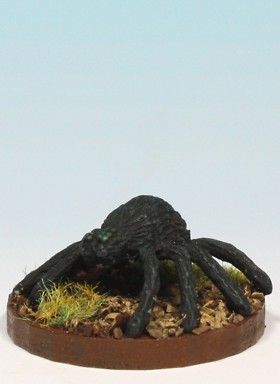 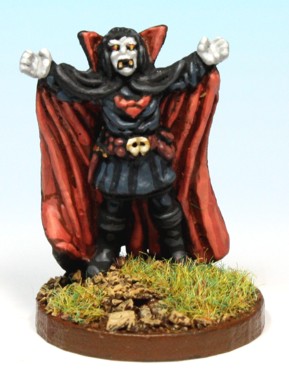 For some reason I never got around to the last two models - the wizard and the hobgoblin. No idea why because I have them. Maybe I'll have to make a point to finish the set.

It takes a little more patients to get good results with these castings, but I was pleasantly surprised by the results. The skeletons in particular were very nice models once painted and I love the vampire leaping out and yelling, 'Gottcha'! I painted a few more Heritage Models during this time, and I'll post them later this week...
at 12:30 AM