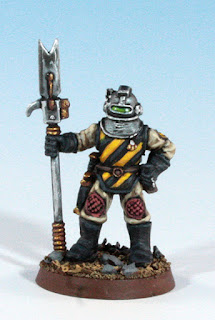 I'm not doing a retrospective for last year - my post count was dismal even though I managed to paint quite a bit. I just haven't been taking photos. I mean to set up a game table in the near future and just throw my entire Rogue Trader collection on the table in a massive scrum.

In the meantime, I've had this model on my desk for a while now - the BOYL 2018 Null Steersman, sculpted by John Pickford. No, sadly, I wasn't able to attend, but I know people.. IMPORTANT people. Ahem.. anyway, something moved me to make the model the first addition to my collection for the new year.

For those who don't know, this model was inspired from sketches developed for Space Fleet by Jes Goodwin. Will Beck was commissioned to create a new concept sketch for the model based on those. 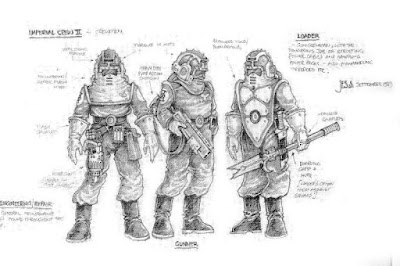 When I first got my hands on the model, I sat down and made my own drawing to work out the color scheme, based on Will's original art. 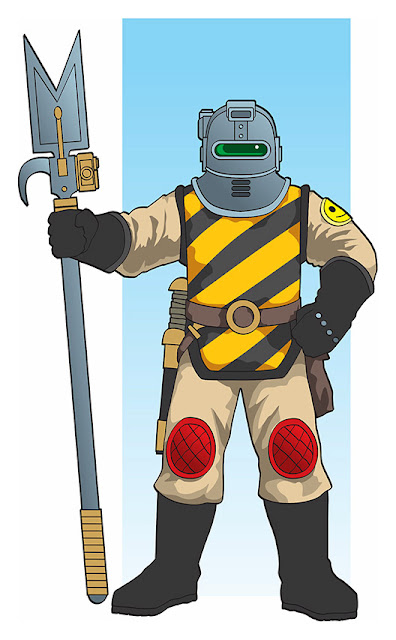 I just new hazard stripes had to come into somewhere! In my Rogue Trader universe, this lad will join the crew of the Rogue Trader, Marco Steelknife. If he's good, he might be able to get in on the away team aboard Natasha's Luck.. 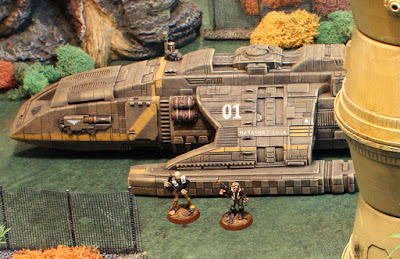 I hope to post a little more often in 2020, but I maintain three other blogs and my mood isn't always the determining factor in deciding which one gets the most attention!
at 9:11 PM