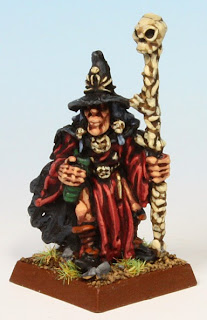 When I got back into collecting classic Citadel miniatures, one of the first things I did was start gathering undead models to replace one of the first armies I'd ever built. To launch things right, I went and spent way too much on one of THE classic models to lead them.. Henrich Kemmler!

eBay being what it is, this was probably a recast, but when I was just getting back in I didn't even know that was a thing. Maybe I got ripped off, though honestly I don't care as I have the freaking Lichemaster painted and standing front and center among my undead collection.

So fast forward to today. It's been a while since I visited the Old World, but I still try to keep up with the blogs in the community. Rochie's current project over on Buried Under Lead inspired me to dig through all of the Oldhammer stuff I have hidden away with an eye toward starting a new project.

In case it wasn't obvious, I have always been a fan of the Terror of the Lichemaster. I've owned the original campaign boxed set for years. The simple campaign (and the follow up Vengeance of the Lichemaster in the Citadel Journal Spring 1986) is a fun set of games with a large variety of models - dwarves, skeletons, townsfolk, etc. Looking through my models, I already have much of what I would need to play a version of these.

Besides the dreaded Lichemaster, I have Mikael Jacsen (another stupidly expensive purchase). Although I can easily find the other undead champions on eBay, I'm not really a fan of the models. I already have a pile of badass undead characters and they can be called into action in their place. I already have plenty of skeletons and zombies too, though I may need to paint a few more for summoning. 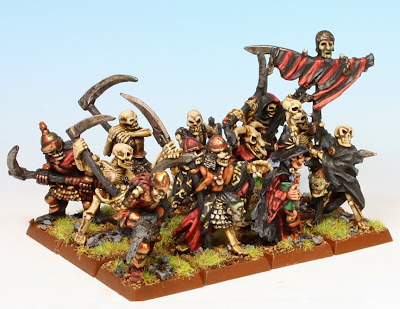 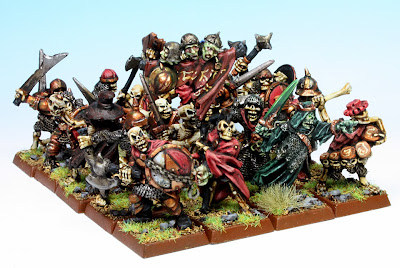 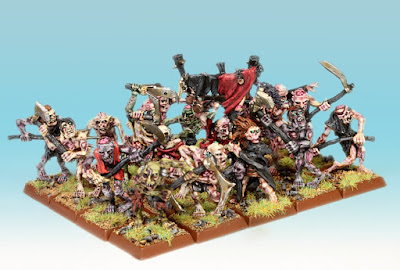 On the other side, I can press Bugman's Rangers into service for the dwarves of Gimbrin's Mine. I also have a pile of Wargames Foundry Medievals to field as the villagers and I'll mix in some Citadel Fighters and Villagers for variety. I actually have a few of the 'named' defenders of Bogel's Farm and Frugelhofen including Albi Schutz, Antonio Epstein, Riolta Snow, Gim Grundlel and Samgaff. Many more are available and can be found cheaper when listed as "C46 Villagers and Townsfolk" rather than under any search for "Lichemaster" (Thanks to Matt for listing this information on his Lichemaster project on Oldhammer in Toronto as I was unaware most of these models were generic). Some of these, don't match their description. For instance, the Bogel menfolk are all armed with crossbows, but the models depict them in their farming finery. Again, these were obviously pulled from the generic ranks of townfolk, but I will end up substituting models to fit into my little corner of the Old World.

Along with collecting and painting the models, I'm going to build custom boards for the battlefields. Gimbrin's Mine and Bogel's Farm will be quite small, maybe no more than 2x4' given the number of models needed for those games. I'll be looking at keeping them modular, so there may again be differences to fit my needs. For Frugelhoffen, I doubt I'll try to represent every building as I only think it necessary to outline the path of the roads, but there needs to be at least enough room to cram in 50+ models for the defense. 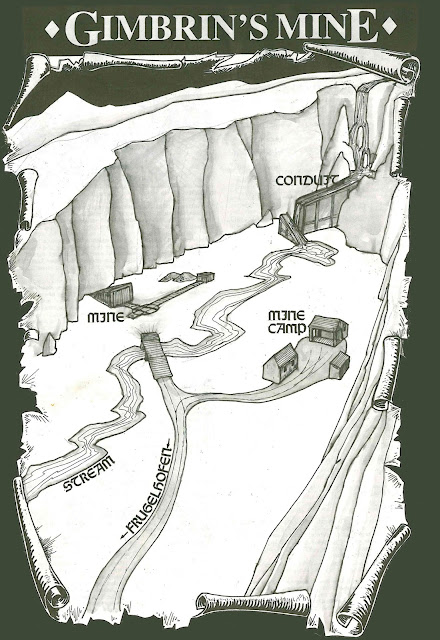 This will be a long term project, but I intend to work on the campaign in stages. Gimbrin's Mine will be first which means I only have to paint about half a dozen models, but I will need to construct the cliff so that might take a while!
at 11:50 AM

Email ThisBlogThis!Share to TwitterShare to FacebookShare to Pinterest
Labels: Dwarfs, Oldhammer, Terror of the Lichemaster, Undead